And yes, that’s an iPhone picture taken with the Hipstamatic app to disguise the lack of lighting in my kitchen 🙂 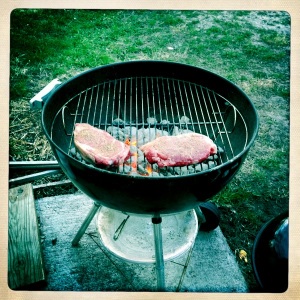 Alton Brown is my hero, you guys.  I”m a nerd, through and through, and Good Eats is like Mr. Wizard for cooking.  (Side note: Jem is coming back! I adored that cartoon, it was second only to She-Ra   in my personal pantheon, and I’m pretty sure Jem is why I love pink, makeup, and musicals.)  Anyway, Good Eats aired around the time I moved out of my parent’s house (and realized that I should have listened to my mom when she tried to teach me how to cook.  A lot of it sunk in by osmosis, though.  Thanks Mom!) and it ran at like 1 a.m., which was the perfect time since I was usually just getting home or staying up way too late.  I’ve been hooked ever since, and when the cookbooks started coming out, well, you can imagine my glee.

So, the cooking method for crab legs is so dead simple, I actually doubted Alton.  But of course I was wrong.  You wrap the crab legs tightly in damp paper towels, then in saran wrap, and microwave for two minutes.  Sounds way too easy, right?  But when you pull them out of the microwave, they’re too hot to touch, and the crab legs are delicious!  He also tells you how to make ghee. I can’t find a link to either recipe, but if you want the exact instructions let me know & I’ll send them to you.

So, first recipe a success!  Which is especially great because I was cooking to celebrate something I did that I’m proud of.  (That I will talk about in my next post because it is a long story). The Universe has been sending me happy energy and karmic justice lately, though, and I’m grateful.

Damn this getting healthy crap sucks.  But it’s going well, if that makes sense. I downloaded MyFitnessPal, a calorie tracking app where you input your food and exercise (tangent:  I just had the hardest time spelling exercise, and I’m like little miss spelling bee champ.  I think my subconscious is rebelling against me) and it gives you your net calories and how much you can eat based on your weight loss goal.  I like it because I don’t have to put in my own foods-I tried Lose It first but it never seemed to have anything I eat, and I don’t want to look at labels.  If I did, I wouldn’t have an app for that :).  It also has a nifty feature where when you complete your entry for the day, it tells you what your weight will be in 5 weeks if every day is like that day. Motivational as all hell.

Also, getting proper running clothes made a HUGE difference.  I still look like a JigglyPuff, but at least I’m comfortable.  As comfortable as I can be while convinced I’m dying, anyway.  And, I got a Jillian Michaels Shred It With Weights DVD for every other day.  I recommend it, because it’s like a whole-body thing and so it’s easier and more fun than doing the same old bicep curls and whatnot.  Confession: I totally talk to Jillian the whole time, like “Are you kidding me? Do what now?” or “You’re trying to kill me.  I know that you secretly hate fat people and so you’re trying to kill us.  BUT IT WON”T WORK JILLIAN!  I’m still here!”  Hey, whatever gets you through, you know?

Filed under Couch to 5k

It’s cold, gray, and rainy outside, but I can feel sunshine and warmth just around the corner. Spring called my name when I walked by the greenhouse at Bomgaar’s and lured me inside, where I got the first plants of the season. 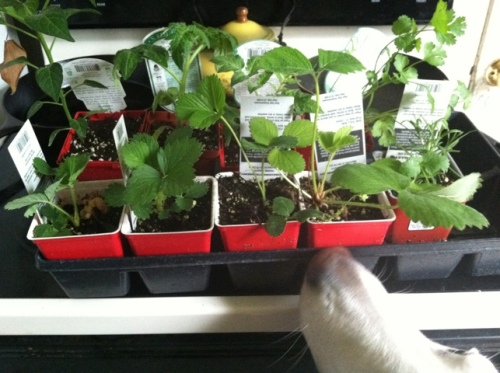 I’d like to start off by saying that I hate running.  I was a book nerd, I ran like a 15-20 minute mile is high school P.E. class, and that’s the last time I ran.  But you’ll notice on my 31 list, there it is: complete a couch to 5k program and run a race. so I downloaded the Get Running app, put it on my phone and my iPod, and today set out on my path to becoming a runner…

Which did not go so well.  First, I figured I could do the program while walking Duke, who loves nothing more than to run.  Second, I figured it was okay to just wear jeans and sneakers and a hoodie like I always do when walking Duke, since I am sized out of my exercise clothes.

Full disclosure:  They’re a size 16 or a large, which I was fine with.  Now?  I’m a *gulp* 22.  I can’t fit into literally 3/4 of my clothes.  I’ve been buying a pair or 2 of new jeans and wearing XXL hoodies because I was seriously in denial.  I bought Get Running last Monday.  I only started it today because this weekend I looked at a picture of me that my husband took on my phone and it shattered my self delusion.  I nearly cried at what I saw, because even though I have a husband that thinks I’m gorgeous, and more self-confidence than ever, I am not healthy. And I like my clothes, dammit!  I want to wear them.

Anyway, the problems:  Duke also loves to pull.  I’m working on it with the clicker, but it’s slow going.  Duke can also run really fast-we like to joke that we got the optional turbo boost package on our dog.  If I run with Duke it’s really hard to slow him back down, especially since it’s such short intervals, I think he’s mostly just confused as to what the hell I’m doing.  He’s a scent oriented dog, too, which means he spends a lot of time with his nose to the ground and will follow an interesting scent until I actually drag him away.  Meaning he wants to stop and smell when I’m trying to run, and I have to stop.

And running in jeans?  Not the most comfy thing ever, especially since they’re too long and I keep tripping on them. So, looks like I’ll be hitting up Wal-mart for some running clothes that won’t break the bank, and walking Duke, then going out for my run.  It’ll eat up a lot of time, but I’m trying to think of it as a warm-up.  I have to make exercise and eating right a priority and hold myself accountable.

Filed under Couch to 5k

A Square A Day In May

I’ve joined the Square A Day In May crochet along hosted by Melissa at Hooked On Handmade.  Melissa, Adaiha at Things To Make And Do and her lovely squares and tutorials for her granny-a-day project, and Dana at Craftyminx and her A Granny A Day blog inspired me to actually start this blog, instead of thinking about how I should, but x, y, z, excuse, excuse blah blah.  I’m a little intimidated, though, all of those blogs are amazing!

I don’t crochet nearly as much as I would like to, so I decided to hop on the granny-a-day bandwagon.  At the end of the CAL I hope to have a new blanket for our bed, and for the rest, well, I hope to have lots of Christmas and birthday presents 🙂  First, though, there’s a lovely pattern for a Hobbes doll and some cute shamrock pot holders that would be perfect in my kitchen-I better get started or I’ll be  behind before the CAL even starts!

Addicted to my iPhone

I’ve been playing with the Hipstamatic and Instagram apps. Love love love

The last one is from Half Tone

My first post!  A bit daunting, but also exciting.  I just turned 30 in November, just married 2 years ago, and generally entered a new phase of life.  I resolved to live the fuck out of my thirties and this blog is a way to record that. (I know, I swear a lot.  So, PG-13 rating for Duke of Sandwich, I guess).

So, here’s the cast of characters in my little family: 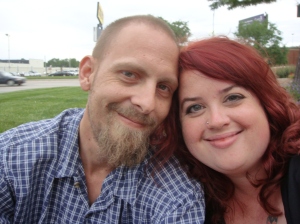 2. Duke, our wedding present dog. He’s a 2 year old white German Shepherd.  He was a skittish and unsocialized 6 month old puppy when we got him (it was us or a shelter) and he came in like a hurricane, destroying everything in his path.  But he melted my heart the first time I saw him, and that was all it took. We’re still working on training.

3. Ninja, my much adored and spoiled cat.  The first pet I got after living on my own.

4. Twinky, the cat who plays fetch. Also, the cutest cat in the world. 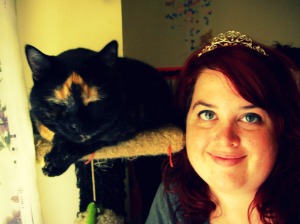 And me, of course.

I’m headed for adventures. This is going to be good.